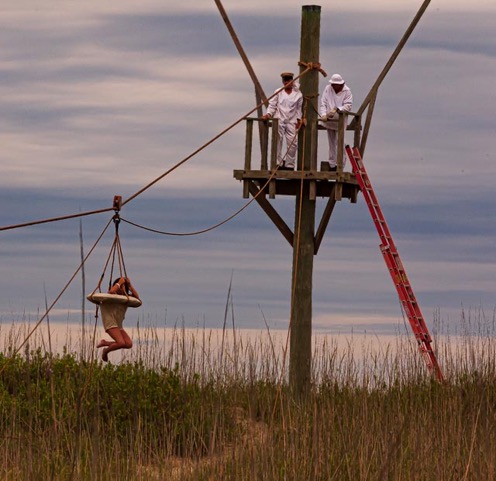 Chicamacomico Lifesaving Station Museum is the most completely restored Lifesaving Station in the United States. It is committed to preserving the buildings and the stories of the men who served here and in other stations along the coast of Hatteras Island, Dare County, and North Carolina.

The descendants of the surfmen who braved high winds, violent seas, and blinding rain to rescue shipwrecked sailors along this shoreline of the Outer Banks provide living linkages to their families’ stories, and are often onsite at the station.

Recently we honored Jazania O’Neal, granddaughter of Captain John Allen Midgett, Jr and her great granddaughter, Sailor O’Neal, during one of our Historical Beeches Buoy Rescue Reenactments. Sailor was our shipwreck victim that day and her grandmother, though mobility challenged, was able to witness her “rescue” Jazania relates that her grandfather was referred to as “Captain Johnny” and was known as “an honorable man”. Two USCG Cutters have been named for him and Jazania is the Sponsor of the current one.

In August, 1918 the British tanker, Mirlo was returning to Britain from New Orleans with a full cargo of aviation fuel when it was torpedoed 7 miles of the coast of Rodanthe by a German submarine. Captain John A. Midgett, Jr and his crew of five surfmen launched Surfboat # 1046 into 15 foot breakers and proceeded, through a burning ocean, to rescue 42 of 51 British Seamen. 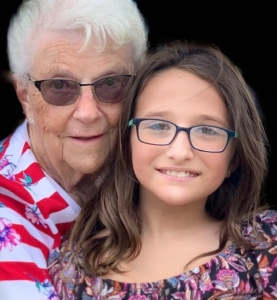 “Captain Johnny” was a respected community leader who, along with his men, served with “dauntless devotion to duty” which was the language used by a superior officer in recommending the entire crew receive the Gold Life-Saving Medal.

When you stop in Rodanthe at the North Beach Family Campground store you may find Jazania sitting in her chair by the front door. She might sing a song or share her memories of living on the

Visit the Chicamacomico LifeSaving Station Museum to see and learn more about these valiant heroes who devoted their lives to duty.