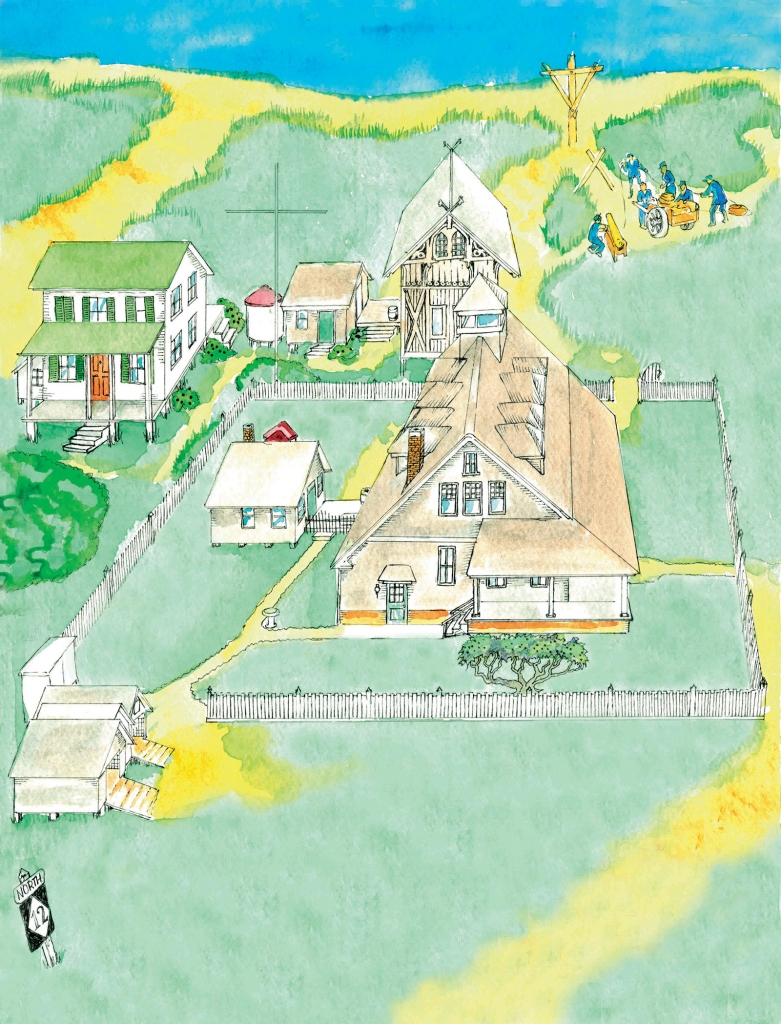 A. 1874 Life-Saving Station
The 1874 Station Building houses all the equipment the surfmen would have used in their business of saving lives. The most notable piece of equipment is surfboat #1046, built in 1910. She was used in the highest awarded maritime rescue in American history when she safely brought 42 sailors and officers to shore from the British Tanker, Mirlo, which had been torpedoed by a German U-boat, August 16, 1918.

B. Wreck Pole
This training pole simulates the mast of a ship and was used by the crew to home their skills for the Breeches Buoy rescue.

D. 1907 Midgett House
The Midgett House is furbished as it would have been when it was built in 1907. It is a delight to those who remember “Grandma’s house”, and to youngsters who try to figure out what everything is.

E. 1911 Cook House
1911 Cookhouse depicts the surfmen having been called to an emergency and rushing from their meal. It also presents life as it was in the early 1900’s.

F. 1911 Life-Saving Station
When entering the 1911 Station a visitor will be in the gift shop of the site where historical books and other memorabilia can be purchased. Visitors will learn this room was originally the boatroom. The Keeper’s office, where a video of Chicamacomico’s history can be viewed, and a gathering room are also on this floor. On the second floor visitors will see the rooms where the surfmen, those rescued from shipwrecks, and visiting dignitaries were housed. The highlight of this building is visiting the tower where a surfman was stationed continually, looking for ships in distress.

I. Small Boathouse
Built in 1897, this structure housed a smaller vessel used for rescues on Pamlico Sound.