Today Chicamacomico was quite thrilled to host Michael Maloney who was administered the Oath of Office by Sean Maloney, his Dad. Michael enlisted in the USCG under the Direct Admission Law Specialty Program and will “ship out” to Washington DC after the holidays. A graduate of UNC-Chapel Hill Law School Michael elected to serve his country in the Coast Guard. Witnessing this life-changing event were John Griffin, CHA President, Larry Grubbs, CHA President-Elect, Sandy Sanderson, CHA Vice President-Elect, Drew Pearson (USCG CAPT, ret) and CHA Board Member Carl Smith (USCG CMDR, ret). Carl served as the “official witness”. Ensign Maloney expressed gratitude for being allowed to take his Oath at Chicamacomico Station: one of the Coast Guard’s most historic sites. Trust me that both the honor and pleasure was all ours. 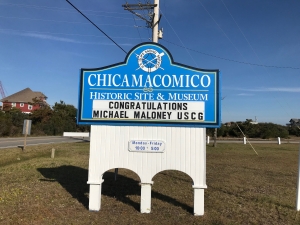 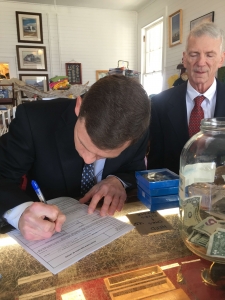 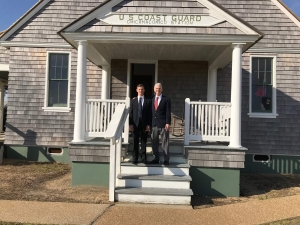 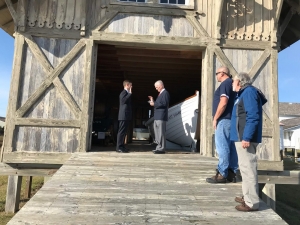 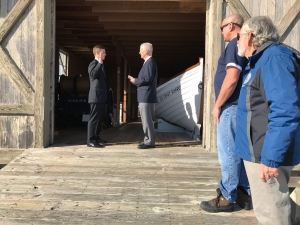